Dazl, aka The Cradle Robber Within 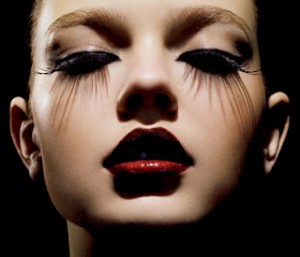 “Dazl, aka The Cradle Robber Within” takes place in a small town theater somewhere in America. As the audience assembles, Cuzn, the playwright/producer, notices an old friend, Corny Moot, sitting in the corner looking rather despondent. Inquiring as to his mood, Cuzn discovers that Corny’s strapped a large duffel bag full of bombs to his chest and come to the show intent on blowing the whole place up cuz he can’t stand people, but, seeing such a poor turnout, he’s started to wonder if he should do it or not. Cuzn, surprised at Corny’s funk, asks him if he’s ever heard of Dazl, since it is unimaginable to Cuzn that any man who’s heard of Dazl would ever hatch such a terrible plan as Corny’s. Sure enough, Corny has not heard of Dazl. Taken aback even more, Cuzn calls the Kidz (his acting troupe) out from behind the curtain and tells them that he’d like them to change their repertoire for the evening and instead perform “Dazl, aka The Cradle Robber Within” for Corny so his spirits can be lifted and he can change his mind and not blow everyone up. The Kidz are only too happy to oblige, so the play begins. The play that the Kidz perform is the fantastical story of a wonderful little girl from Brooklyn who is born into a family that isn’t quite as wonderful as she is, so she has to contend with her parents getting divorced, an envious older sister, and the Wo(rm)man, which is spelled like “Worm Man” but is pronounced “Woman” with a really long “O,” and not only is the “Wo(rm)man” Dazl’s daddy’s new girlfriend, but she’s also trying to eat Dazl. As the story culminates in Dazl’s abduction by the Wo(rm)man and Dazl’s daddy’s resulting depression and rebirth, everyone waits with baited breath to see if Corny’s changed his mind and decided not to destroy the theater and everyone in it. “Dazl, aka The Cradle Robber Within” is Dr. Seuss meets Pillowman meets Death of a Salesman in a wild ride of a “kids of all ages” show that looks into the heart-wrenching realities of how “growing up is coming down.”

This play can be performed with as few as 6 actors with cross-casting.

It has never been produced, but it was workshopped extensively in May 2012.